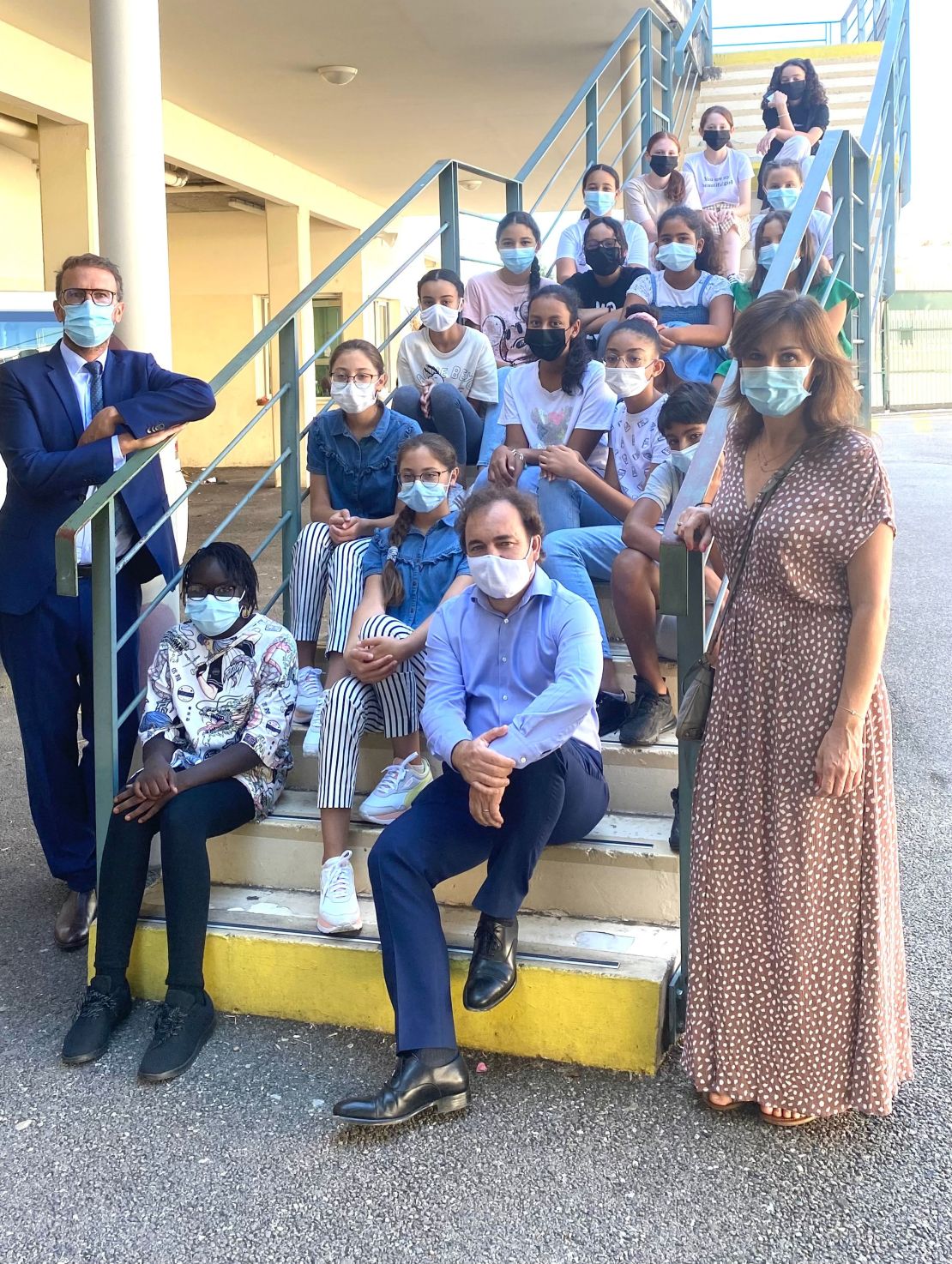 In France, social determinism remains a reality despite all the efforts made. Young people from modest backgrounds, children of working classe, are 2.5 times less likely to obtain a higher diploma than the children of senior executives.

While nearly two million young people drop at school, pupils with good academic abilities who attend priority or at-risk schools may also find themselves in difficulty. This can be due to a variety of reasons: inadequate social or family background, lack of teacher availability, overcrowded classrooms, or a general poor academic level.

These youths, deprived of the necessary attention, are at risk of not reaching the academic level they are capable of and ultimately fail to find the jobs they could otherwise legitimately aspire to, and fulfil their dreams.

To fight against this injustice, The Louis Germain Institute has created the "Tutoring for Excellence" programme.

While many of these students would have been directed towards vocational education, the majority of them were able to obtain a general baccalaureate and went to pursue higher education. Some of them go on to join intensive business or science foundation degree courses, and some of them even graduate from top-ranking higher education establishments.

After the success of the programme in the Aix-Marseille regional education authority, AMADE has decided to extend it to the Nice region.

The Louis Germain Institute, approved by the education board of the academies of Aix-Marseille and Nice, has been awarded the “Pathways to Excellence” (Parcours d’Excellence PAREX) label and receives public funding from the South Region and the Prefecture to support equal opportunities.

Pupils from the “5éme” (aged 12) who joined the scheme in September 2021 will take part in five annual courses during the school holidays to deepen their knowledge of the general subjects. These courses are supervised by senior teachers.

Over the course of the year, 21 days of teaching (130 hours) are provided based on the 'Humanities' (French, history, general culture) and 'Sciences' (mathematics and physics). This is the equivalent of almost three months of additional classes.

The students also take part in workshops to discover the professional world. These are led by employees of partner companies who come to present their jobs.

By involving external speakers and organising visits outside of their neighbourhoods, these young people get to leave their usual environment and open up to other fields of possibility.

During these courses a great importance is also put on culture, including literature and music.

At the end of the three years of tutoring, it is expected that :

- 100% get into a general upper-secondary school.

Tutoring for excellence for talented students