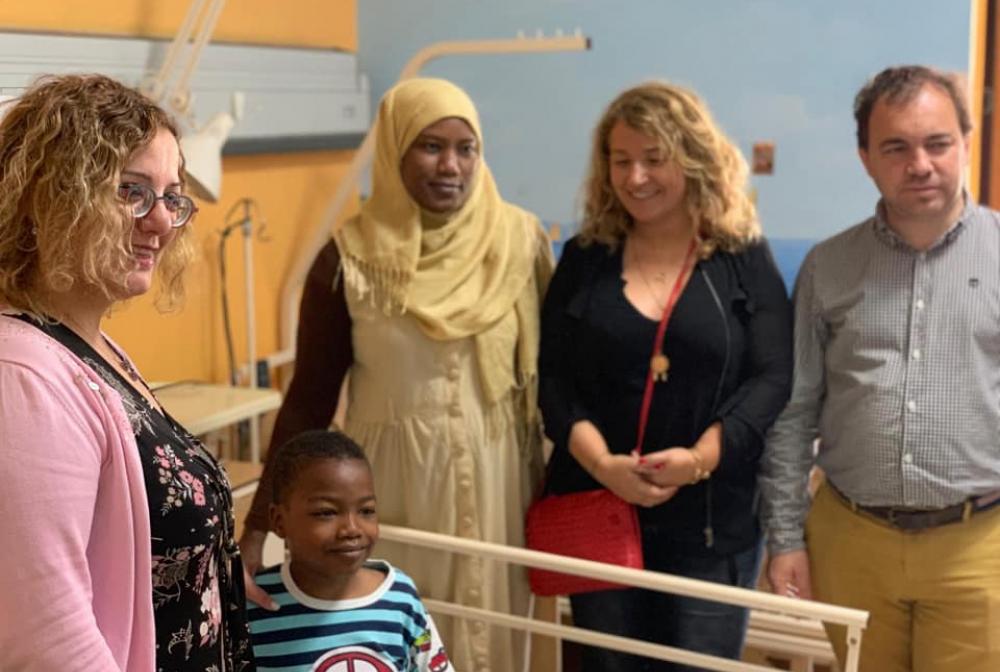 On April 20, the association Les Amis du Liban organized a charity event at the Hôtel Hermitage, under the patronage of HRH The Princess of Hanover, to join the "Dignity for Women" program supported by the AMADE.

This evening raised nearly € 160,000 for the benefit of the two associations, who wished to pool their energy for children.

In order to identify the projects that will be supported in Lebanon, the two associations visited the site from May 30 to June 4, meeting the historic partners of the Principality and the Friends of Lebanon.

As soon as he arrived in Beirut, the Monegasque delegation visited the pediatric oncology services and premature infants of the Rafik Hariri hospital, the Friends of Lebanon having for many years been in partnership with this institution of reference, around the access of children most vulnerable to health.

Due to the Syrian crisis, Lebanon hosts more than one million refugees on its territory, nearly a quarter of its population. A trip to the Bekaa plain on the Syrian border was an opportunity to visit the Al Awde refugee camp with NGO URDA (Union of Relief and Development Association), which specializes in taking care of these emergencies. A moment of sharing and innocence for these children, for whom the Friends of Lebanon had planned a meal and a distribution of toys.

Activities aimed at reintegrating refugee women and girls were also visited, including the Aaramoun sewing and cooking workshops.

The return to Beirut was an opportunity to visit the reception center of the NGO INSAN, a long-time partner, whose mission is to welcome and defend the rights of the most vulnerable children, beyond any consideration religious. A visit was also organized at the school of TAHADDI, located in the slum of Hay el Gharbeh in Sabra and Shatila district, one of the most deprived areas of the Lebanese capital.

This mission made it possible to identify the projects that will be supported thanks to the generosity of the guests of the evening, namely:

- the schooling of children who do not have access to school in the Al Awde camp (the school located in the camp has only a capacity of 100 places for 300 children living in the camp);

- support to INSAN activities, around the care of vulnerable children for the benefit of all communities.

The Friends of Lebanon and AMADE will also study the possibility of setting up a common social fund for children and their families in Rafik Hariri hospital.