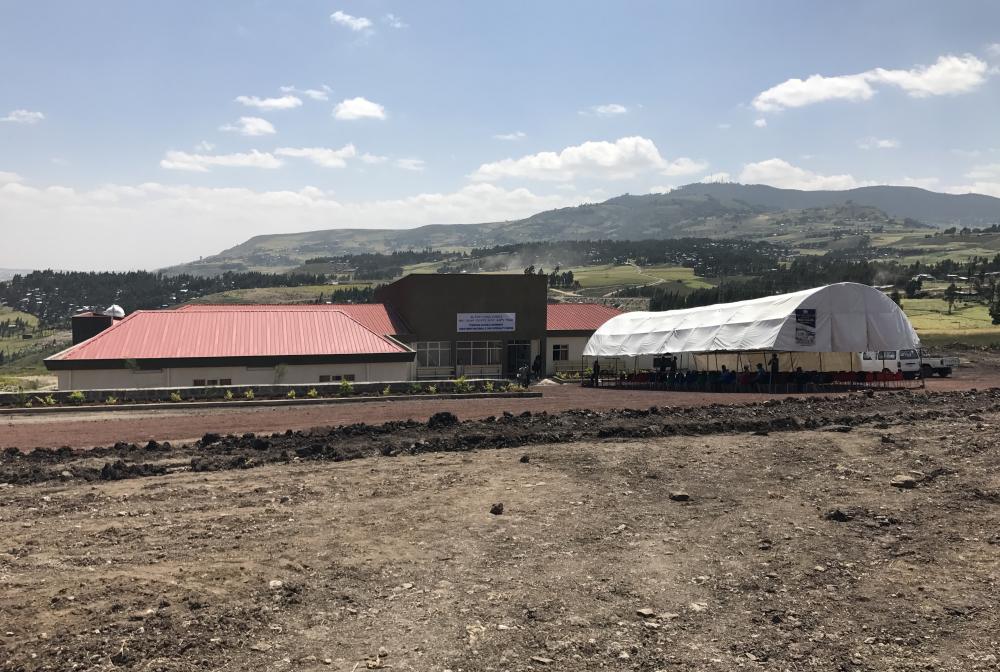 The International School of Perinatal Medicine has officially opened its doors in Addis Ababa.  The school is the fruit of a joint effort between AMADE, the Spanish Foundation Matres Mundi, the Catholic University of Ethiopia, the International Society of Obstetrics and Gynecology, and Rotary.

Consisting of both a maternity and a school, this health complex of 1,200 m² is located within the new university campus of the Catholic University of Ethiopia. It aims to train midwives and obstetric doctors for a country in dire need.  Indeed, despite the efforts made by the Ethiopian government and illustrated by the recent decline in maternal and child mortality, Ethiopia has a single midwife per 10,000 inhabitants, one doctor per 20,000 inhabitants.