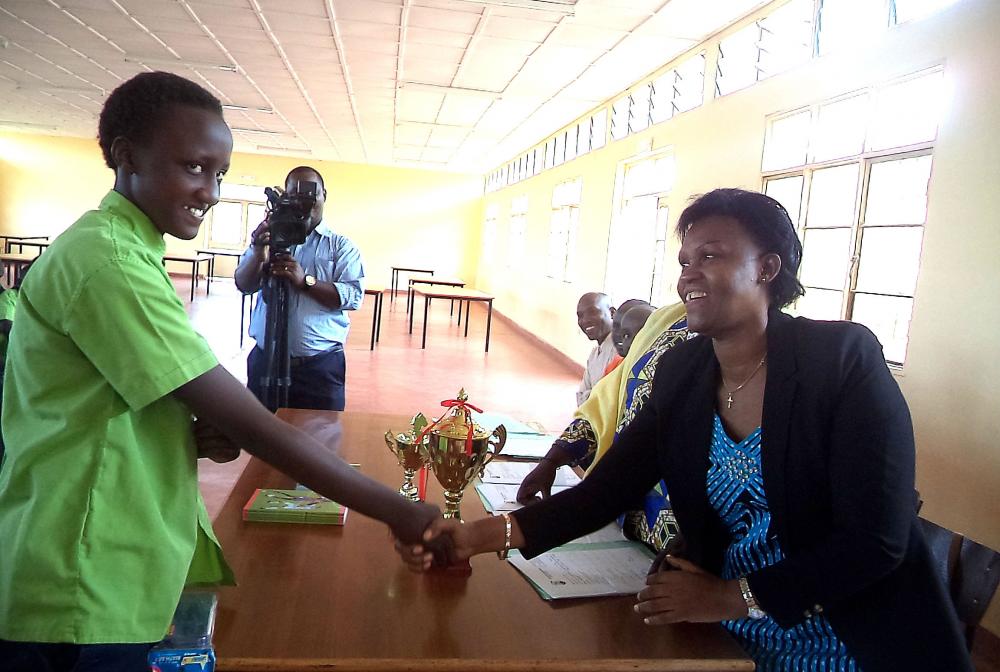 On June 25, 2016, Matana's Reference School "Amie des Enfants" saw the end of the 2015-2016 school year. While rejoicing at the idea of ​​returning to the comfort of their families, the pupils were sad to separate from their comrades. The emotion was also palpable during the parent-child reunion.

Though the start of the school year was shrouded in uncertainty and insecurity, school officials, parents and students nevertheless had the courage to start the courses on time. It was with pride that the school's director, Mr. Dieudonné Manampa, announced that the year had come to a beautiful close. Indeed, the students' success rate had exceeded 97%.

For the record, the Matana Reference High School was created by FVS-AMADE BURUNDI "ABAGENZI B'ABANA" in 2014. This project was born out of the desire to promote quality education while integrating Orphans and Vulnerable children (OVC) with excellent academic performance but whose resources and family situation did not allow access to secondary school. The project was implemented with the support of the Principality of Monaco and AMADE.

With the aim of training the future Burundian elite, the Reference School "Amie des Enfants" also wants to train integral leaders capable of positively impacting their communities. The school offers a unique curriculum that focuses on classical subjects as well as on information and communication technologies, English, sports and socio-cultural activities, as well as the development of personal qualities. OVCs benefit from this excellent training thanks to the generosity of partners such as CFM Indosuez, BANCOBU, Hotel Belair Résidence and the American NGO Forgotten Song, which sponsor all their school and living expenses.

This year, the school counted 4 classes of in grade 6 and 7, 136 pupils of which 13 were OVCs. For the coming school year, it will accommodate 72 new pupils, including 12 OVCs in 6th grade.