MONACO: 25 year anniversary of the International Convention on the Rights of the Child in 25 images 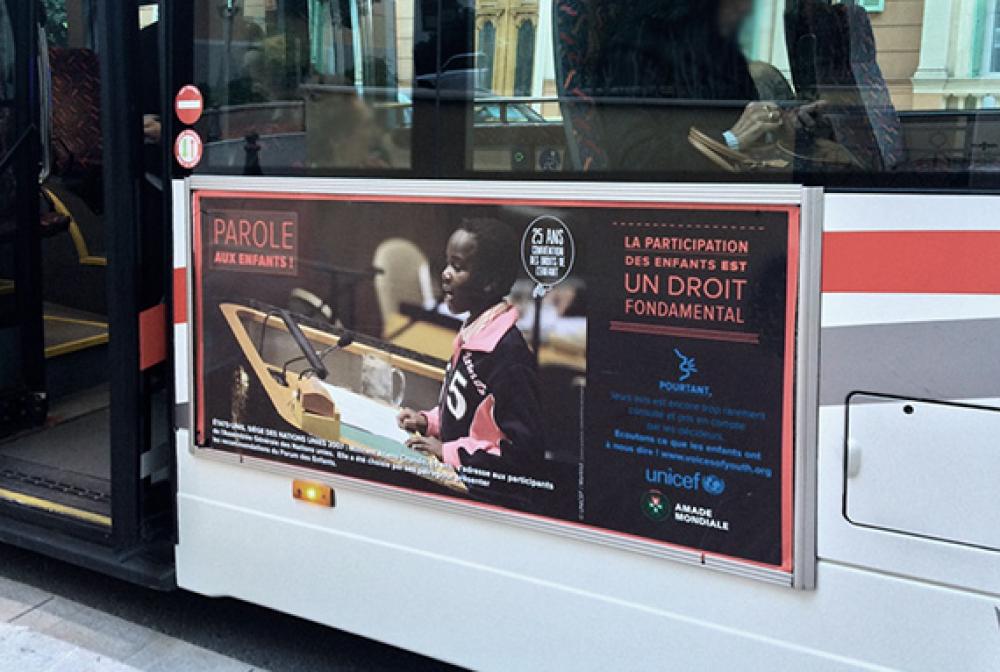 AMADE presented to Monaco, from the 19th October to the 3rd November 2015, the campaign launched by UNICEF celebrating the 25th anniversary of the adoption of the International Convention on the Rights of the Child (ICRC).

Twenty-five years ago, the international community made a promise to children: to do everything in their power to ensure, protect and promote their rights - the right to survive and grow, to learn and to flourish, to make their voices heard and to enable them to reach their full potential.

In this anniversary year, AMADE wished to spread and raise awareness in Monaco for the campaign launched by UNICEF, a 25-image campaign highlighting 25 major advances in favor of children, but also highlighting the major challenges that remain.

Thus, since the adoption of the ICRC:

- Infant mortality among children under the age of 5 has been reduced by almost 50%, but almost 3 million newborns die every year from preventable causes (diarrhea, pneumonia, malaria, etc.);
- The number of children going to primary school has doubled but a remaining 57 million have been deprived of this basic right;
- By preventing infection through mother-to-child transmission, the infection rate of newborns has decreased by 50%, but without access to treatment 1/3 of these babies will die before their first year;
- The number of women dying during pregnancy or childbirth has fallen by 45%, but 289 000 mothers die every year;
- Exploitation of child labour has fallen by a third, but 168 million children continue to be forced to work.

In a world of growing inequality, children are more than ever among the most vulnerable populations, as they face social exclusion, violence and exploitation. As we experience an unprecedented wave of refugees, more than half of them are children - in other words, 8 million children for whom the future remains uncertain.

The right to be registered at birth and to receive a birth certificate is part of a child's fundamental rights. In doing so, it assures the child's legal status, their access to basic social services (education, social security, health), the possibility of them obtaining a diploma or degree, and of inheriting from their parents. Yet, more than 230 million children under the age of 5 are not registered at birth. One child out of three in the world has no legal existence. These are ghost children who will never factor in any statistic and will be the principle victims of sexual exploitation or enlistment in the armed forces.

This campaign, which has benefited from the generous support of the CFM Monaco, will be discovered through the city's display network, graciously provided by the Monaco City Council, on the bus lines of the Compagnie Monégasque des Autobus and the Monegasque press. In order to contribute fully to achieving the objectives set by the ICRC, this year AMADE renewed its partnership with UNICEF in support of the "Capoeira for Peace" program, which aims to support the demobilisation of child soldiers in the eastern Democratic Republic of Congo:

UNICEF is mandated by the United Nations General Assembly to defend children's rights, help meet their basic needs and foster their full development.
UNICEF is working with its partners in 191 countries to make this commitment a reality, with a special effort to reach the most vulnerable and marginalized children.
UNICEF works in the areas of health and nutrition, access to education, protection of children from all forms of violence and exploitation, as well as in the fight against HIV/Aids. UNICEF also intervenes in emergency situations to protect children as a priority.