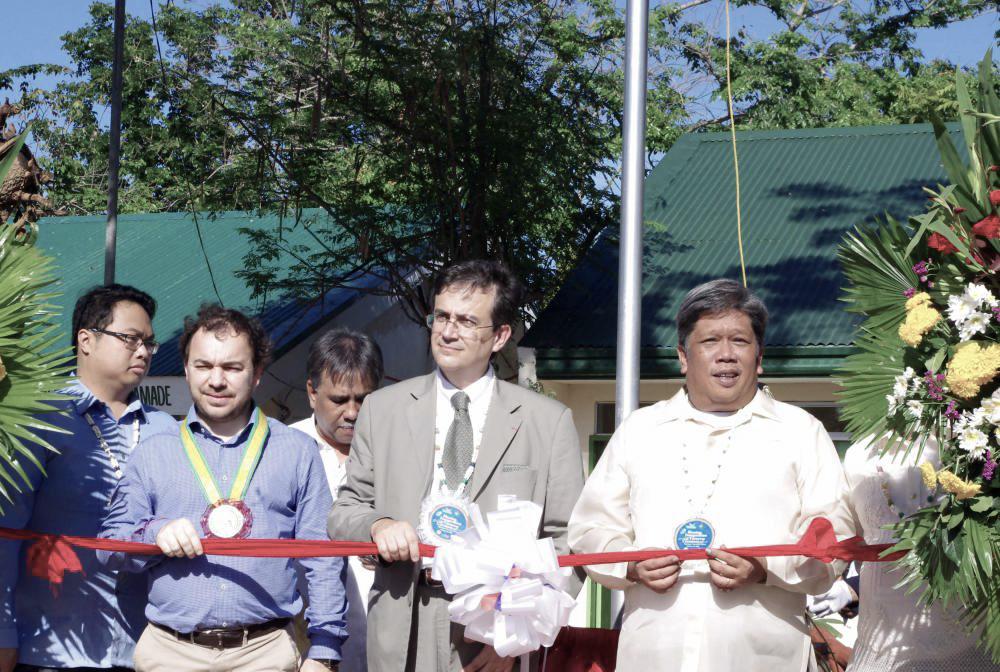 On the 8th November 2013, the typhoon Hayan was one of the strongest in history (force 5), causing the death of several thousand people - most of them children, directly affecting the nearly 14 million people and causing more than 670,000 internally displaced people.

In the aftermath of the disaster, AMADE and the Virlanie Foundation, which is working in the Philippines for the protection and reintegration of street children, travelled to Tacloban, on the island of Negros - one of the regions most affected by this disaster, to help children and their families directly affected by this typhoon.

Among the priorities identified jointly with local authorities, AMADE is committed to the rehabilitation of the Tiglawigan elementary school that was largely devastated by the typhoon, and has a capacity of 800 students.

The funds mobilized by AMADE, totaling €135,625, allowed the 884 pupils attending this elementary school before the typhoon to find their way back to school. Specific support was also provided for the 200 children most in need to return to school, by taking care of their uniforms and school supplies. In total, 9 classrooms have been rebuilt and equipped, 2 new rooms built and equipped, in addition to a refectory.

This intervention would not have been possible without the help of the Prince's Government's Department of International Cooperation, the Monegasque Red Cross, the L'Entrepôt Gallery, the Philippines Consulate in Monaco, the International School of Monaco, The Friends of Lebanon Association and the FANB College.

Operational since the beginning of the 2015 school year, the infrastructures built or rehabilitated were officially inaugurated on the 20th February 2016 in the presence of His Excellency Mr. Thierry MATHOU, Ambassador of France to the Philippines, the Director of the Virlanie Foundation, Mr. Dominique LEMAY and Secretary General of AMADE, Mr. Jérôme FROISSART.