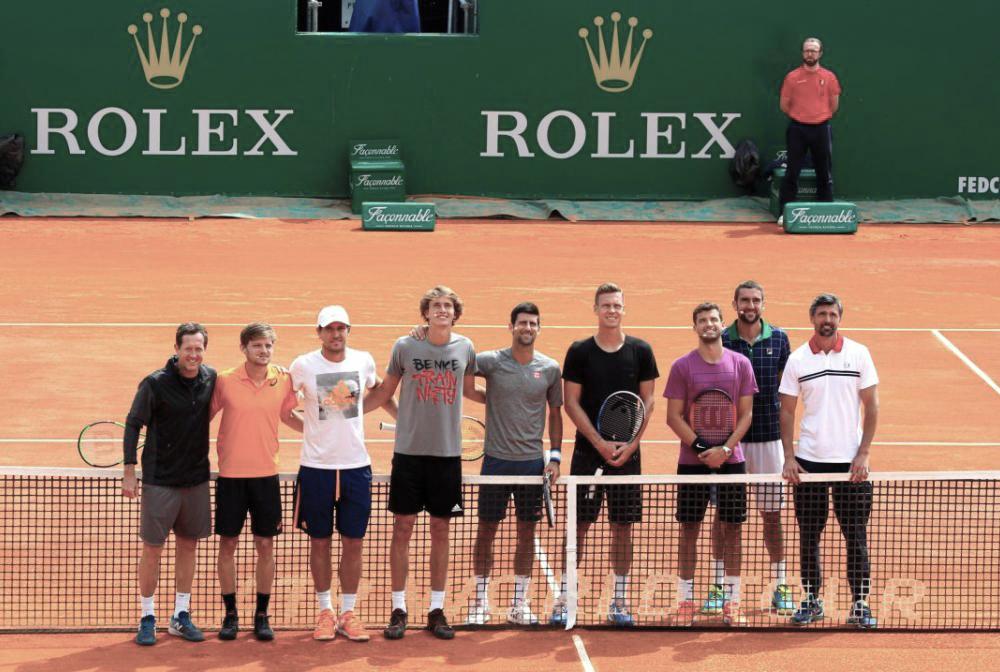 On Saturday, April 15, the first day of the Monte-Carlo Rolex Masters, a charity exhibition match in favor of AMADE was held on the main court, Court Rainier III, in parallel with the qualification matches.

The public was delighted to witness the playful battle between professionals, even more so - to the delight of the spectators gathered in numbers - on the eve of the start of the Monte Carlo Rolex Masters. The players faced each other off in a relaxed manner with surprising combinations from one vs. two to four vs. four, then one vs. seven!

"It was really nice," commented the double champion of the Monte-Carlo Rolex Masters, Novak Djokovic (2013, 2015),  "and at the same time great to participate in this exhibition match which draws attention to an excellent cause and an association that helps so many underprivileged children." Before adding in French: "Thank you for the support!" Alexander Zverev added: "We really had a lot of fun, it was very nice, especially as it was for a good cause. Thanks to the public and to the players."

This event was also intended to mobilize funds to support AMADE's commitment to the protection and development of children throughout the world.

For the record: Team Djokovic won.