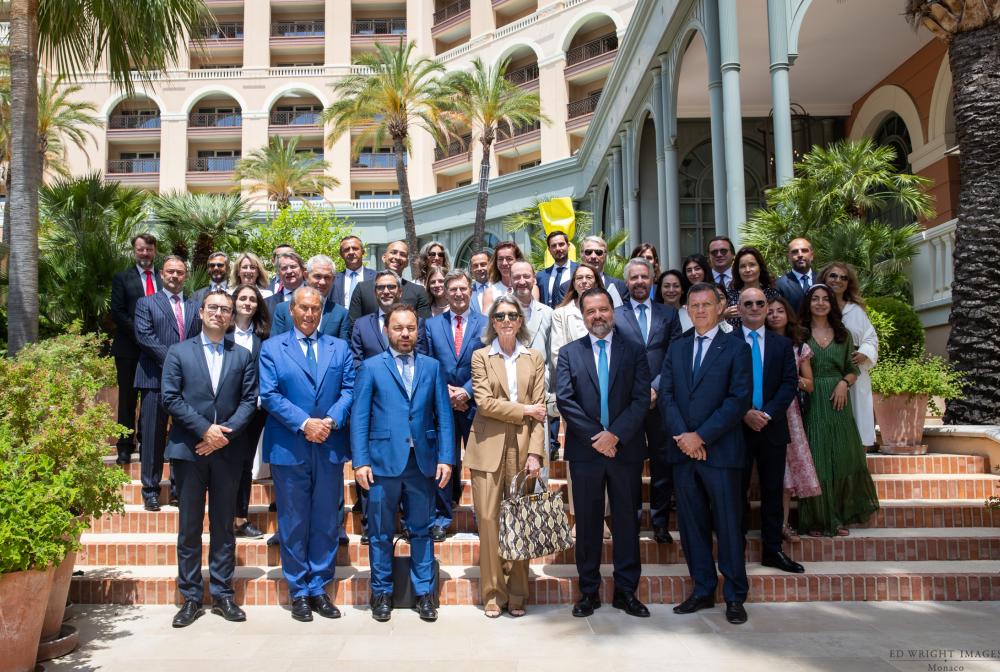 On the occasion of its Annual Conference organised in the Principality on 20 June, AMADE wished to showcase the commitment and support in favour of children undertaken by private stakeholders from the Monegasque and African banking sector.

Launched at the start of the year, a new product of financial solidarity designed by Banque Richelieu Monaco, allowed 110 000 euros to be raised in support of the “Civil Status for All” programme.

Thanks to the support and commitment of Banque Richelieu Monaco and its donors, AMADE will support two major initiatives this year on the African continent. The first project in the Democratic Republic of the Congo will deliver birth certificates to 230 000 children in North Kivu and a second initiative in Burkina Faso will regularise 60 000 teenagers over the age of 15, who, due to the lack of a birth certificate, cannot currently attend intermediate school after the primary cycle.

CFM Indosuez Wealth Management has been engaged since 2015 in support of AMADE, in favour of the protection and fulfilment of children. Nearly 294 000 euros have been allocated in favour of six projects illustrating the programmes “Dignity for Women” and “The Energy of Hope”.

Since A2021, CFM Indosuez Wealth Management has supported AMADE in the development of its grassroots actions.

In Nice, the project “Tutoring for Talented Intermediate Students” guides talented young students from impoverished backgrounds who show a strong thirst for knowledge and great ambition, but who have not had the chance to progress in an environment that is favourable to their academic success. The ambition of this project is to give them the codes, academic and human capital necessary for the pursuit of their academic and professional aspirations.

Within the Alpes Maritimes department, the partnership formed between AMADE and the Break Poverty Foundation aims to curb school truancy and dropout rates among impoverished youth from Aide Sociale à l’Enfance (ASE).

As of March 2020, AMADE has been associated with the operation #Connexion d’urgence initiated by the Break Poverty Foundation and jointly undertaken with the Secrétariat d’Etat in charge of Children and Families in France, Emmaüs Connect, and the Mentorat Collective (a collective of associations working in the field of academic mentoring). This operation enabled 17 000 impoverished young people nationwide who were at risk of dropping out of school to be equipped with laptops and internet connections, provided by the SFR Foundation. This platform was deployed in the Alpes Maritimes, Alpes de Haute Provence, and the Var thanks to the support of the AMADE and CFM Indosuez Wealth Management.

Following the health crisis, the AMADE and Break Poverty Foundation initiated a pilot project to promote mentorship among young people from Aide Sociale à l’Enfance. The initiative “Connected Success” was thus enjoyed by 102 young people, accommodated at several MECS (Maisons d’Enfants à Caractère Sociale, or Children’s Social Welfare Houses) in the Alpes Maritimes region in France. Armed with the results recorded, this pilot initiative is now being deployed on the national scale, with around 1 200 youths from the ASE.

SOFIBANQUE: An African Bank Committed Locally in Favour of the Protection of Children

Since 2018 Sofibanque has supported AMADE’s programmes in the Democratic Republic of the Congo in favour of the most vulnerable children.

- 70 young women taken off the street and reintegrated into families or professional training.

- 210 sexually abused children, accommodated by the PANZI Hospital founded by Professor Denis Mukwege, recipient of the Nobel Prize for Peace.

- 600 children associated with militia and armed groups demobilized via the programme #CapoeiraPourLaPaix (#CapoeiraForPeace).

After the conference, Mr. Henry Wazne, CEO of SOFIBANQUE, armed with the results obtained, decided to renew the partnership with AMADE for another four-year period and a contribution of $500,000 USD.

This funding will notably allow AMADE to support the development of the social Capoeira training centre founded in Goma, North Kivu, as part of the “Capoeira for Peace” programme and whose expertise the local partners mobilised in favour of vulnerable children from the sub-region now enjoys (including children coming from armed groups, children living on the street, and sexually abused girls).