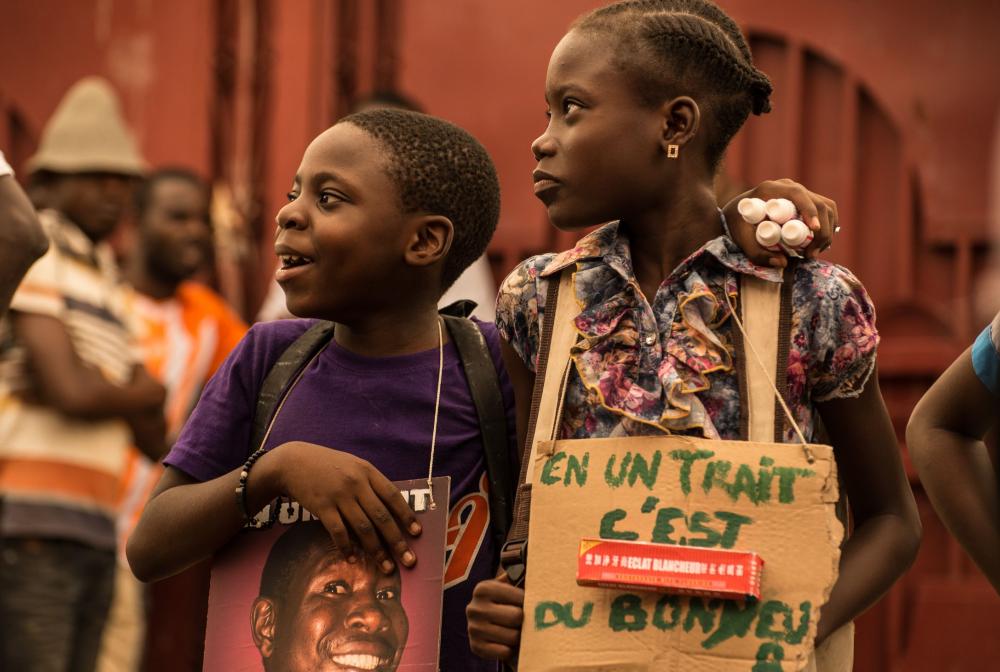 "Standing Kinshasa"* receives the Children's Prize of the short film Festival "THE PRESS TIME" during the awards ceremony, Friday, February 1 in Paris, in the presence of the representatives of the Government **, but also students of the Fontvieille school and Sciences Po students, Menton campus, both present to present the Children's Prizes and Student Awards of which they have been juries.

This year, the Children's Prize brought together the votes of more than 2,000 students enrolled in Monaco, France and the intervention countries of the Monegasque Cooperation. This is the movie "Standing Kinshasa!" directed by Sebastien Maitre which has aroused the enthusiasm of the young public. This short film recounts with great humor the adventures of the young Samuel, 10 years old, who discovers in the Congolese capital "the realm of trouble and confusion" to successfully reinstate his school which he was deprived because of poorly polished shoes!

The Student Prize was awarded to the animated film "Vermin" by director Jeremie Becquer. The students of Sciences Po Paris, Menton campus - a partner of the Prince's Government - and other institutions of higher education in France were seized by the poignant story of a poet rat faced with the harshness of a society that favors mouse.

Under the presidency of French actress Juliette Binoche, the prestigious members of the Jury *** also presented 7 other prizes, including the Biodiversity Award and the Equality of the sexes prize.

* is part of a multimedia entertainment package, including a comic book called "Mbote Kinshasa", supported by AMADE - https://www.amade-mondiale.org/en/missions/sensitization-plaidoyer/sensibilisation /mbote-kinshasa.html

** Since 2011, the Prince's Government has been supporting this International Festival of Engaged and Citizen Cinema, and more particularly its "Youth" Awards, to raise the awareness of students and students about the Sustainable Development Goals.