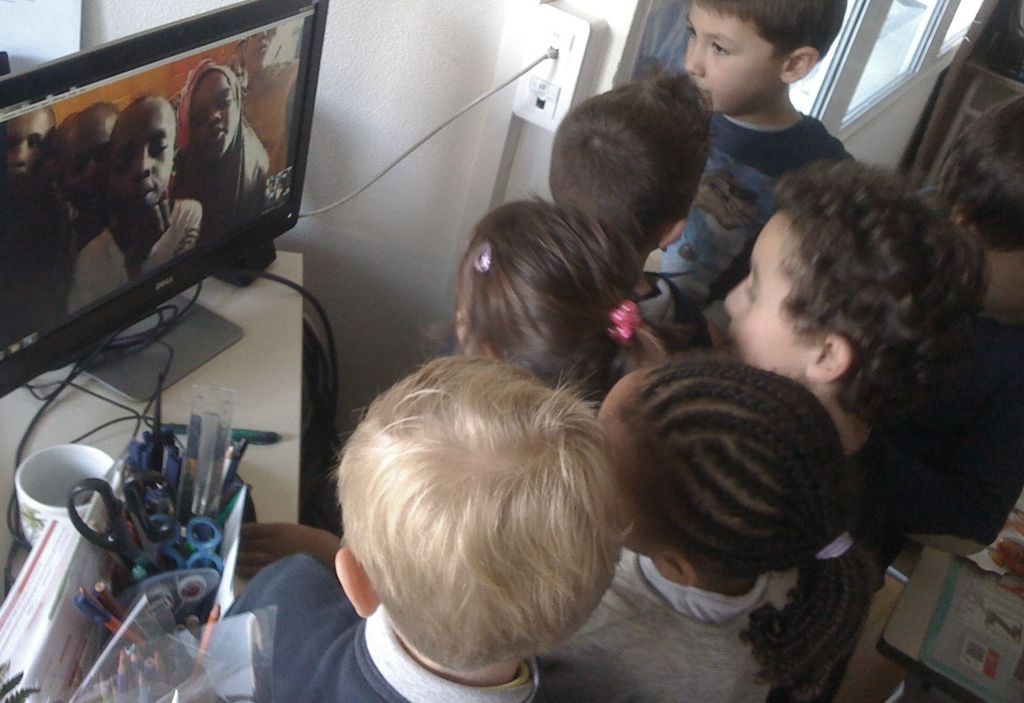 AMADE and the Department of Education, Youth and Sports joined forces with Sciences Po Toulouse and Académie de Toulouse to support a new children's project led by sailor and artist Titouan LAMAZOU.

The aim of this new project was to bring students from the developed and developing worlds together, through new information and communication technologies, in order to discuss water: water and health, water and gender, rivers as a source of nourrishment, water and climate change... Aman Iman or "water is life" in Tamashek, is one of the common denominators between these students who each showed great enthusiasm in getting to know one another.

Titouan LAMAZOU spent time fully immersed in rural Touareg schools in northern Niger, creating artistic productions that illustrated the relationship between the Touareg people and water. He shared his work with pupils from both countries via the collaborative online platform (MOOC) developed by Sciences Po Toulouse. The Monegasque pupils were also keen to make a contribution to this debate by sharing their own works of art.

After receiving initial instruction about water issues and nomadic culture, two classes from schools in Monaco (ages 6-7 and 15-16) made direct contact with two classes from the Agadez region of Niger, with the help of Monaco's Department of Education, Youth and Sports. Titouan LAMAZOU, armed with a portable satellite suitcase supplied by the CNES (Centre National d’Etudes Spatiales), was able to connect these previously isolated schools with the rest of the world.

- Discussions between students about their perceptions of and relationships with water

The pupils were able to engage in detailed and enriching discussions, focusing not only on their perceptions of and relationship with water, but also on their daily lives in general. The discussions will also lead to the development of a digital teaching kit, building on the interactions between pupils, teachers, artists and researchers in the developed and developing worlds.