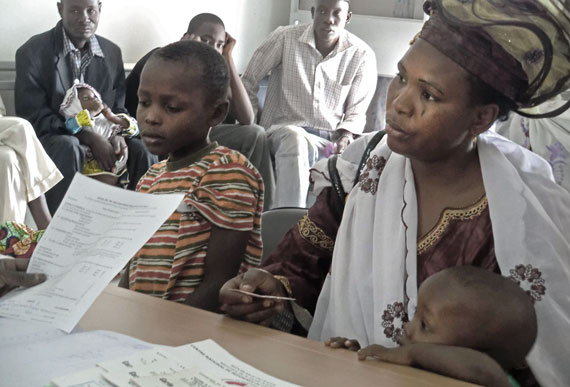 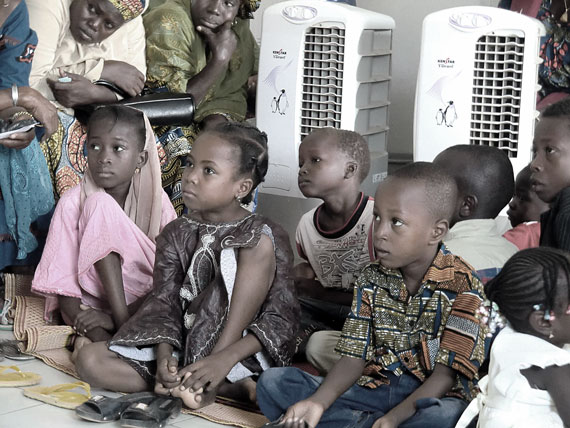 The first genetic disease in the world (having affected 50 million people), sickle-cell disease affects around 200,000 people each year, 50-75% of whom are children aged 0-5 years. In Niger especially, this disease is a major public health problem with more than two million people carrying the gene and a mortality rate of 50% for children under 5 and 80% before the age of 10.

In 2010, the National Reference Center for Sickle Cell Disease (NRSCD) was created thanks to a partnership with the Ministry of Health, AMADE Mondiale, the Monegasque Cooperation and the Sickle Cell Association of Niger (SCAN). The Centre's mission is to help reduce sickle cell deaths through the medical and psychosocial care of sickle cell patients, training of health professionals, awareness-raising, genetic counseling and screening, and the development of scientific research. Since its opening, the NRSCD has counted nearly 43,000 follow-ups, of which 45% are children under 5 years old, nearly 4,000 hospitalizations and more than 82,000 laboratory tests.

Since the opening of the NRSCD, AMADE and the SCAN have worked in collaboration to improve access for children to sickle cell disease care. The SCAN has also benefited from the support of the Monegasque government since 2010 in terms of internal structuring. The partnership between AMADE and SCAN for the management of sickle-cell disease revolves around two main areas: increasing sources of income for those suffering from sickle-cell disease through access to micro-credits and improving access to treatment by supporting the establishment of a regional pharmacies for those with sickle-cell disease.

- Raising awareness among mothers in families attending the NRSCD on the opportunities regarding access to a microfinance in order to support an Income Generating Activity (IGA) and to support the editing of files;

- Granting of micro-credits from microfinancing institution partners and the follow-up of recoveries by SCAN;

- Staffing of the Tahoua hospital pharmacy, the sale and renewel of stock;

- Informing mothers with children who are followed-up on by the Tahoua hospital of the establishement of this pharmacy;

- Accompaniment of SCAN by the STEPS Consulting firm.

- Eligible applicants have submitted a micro-credit application to a microfinancing institution and have obtained a loan;

- The IGAs are set up and generate profits which make it possible to receive regular processing and repayment of the loan;

- The Tahoua pharmacy has all the medicines it needs allowing for a regular follow-up of sickle-cell disease patients;

- The revenues from the pharmacy make it possible to replenish the stock of medicines and pay the fixed costs;

- The health status of sickle-cell patients who buy their treatments at the Tahoua pharmacy has improved.