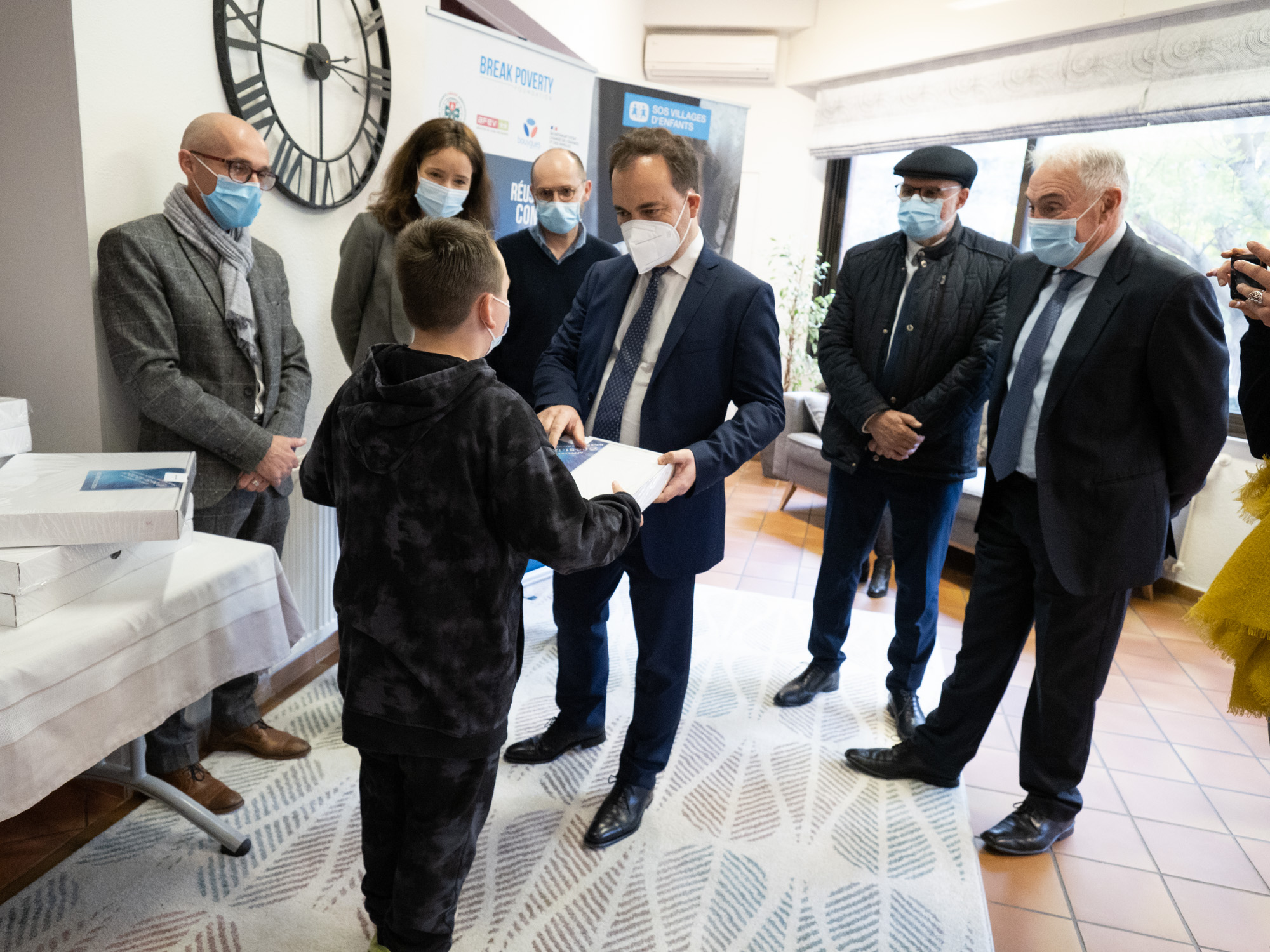 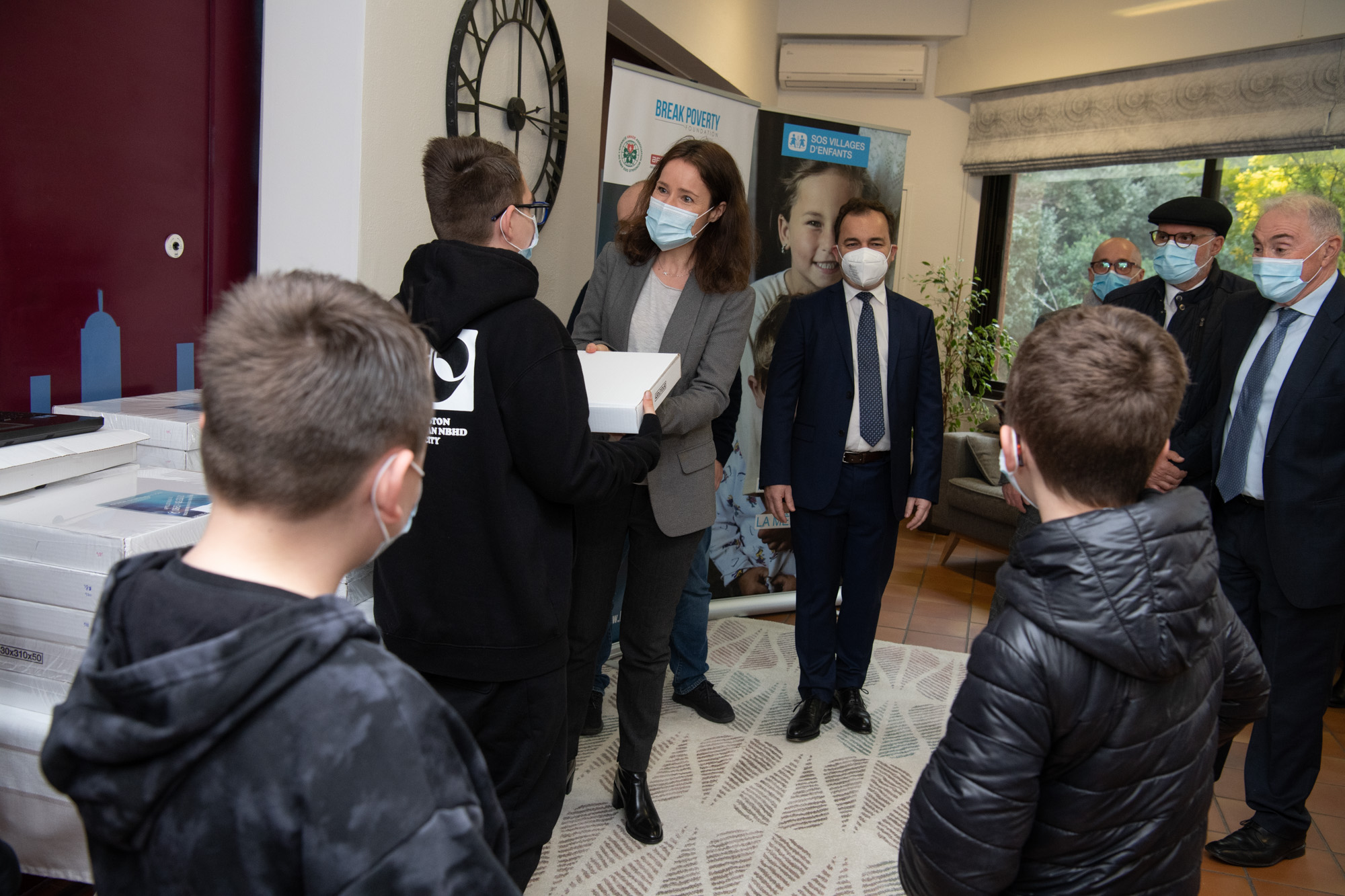 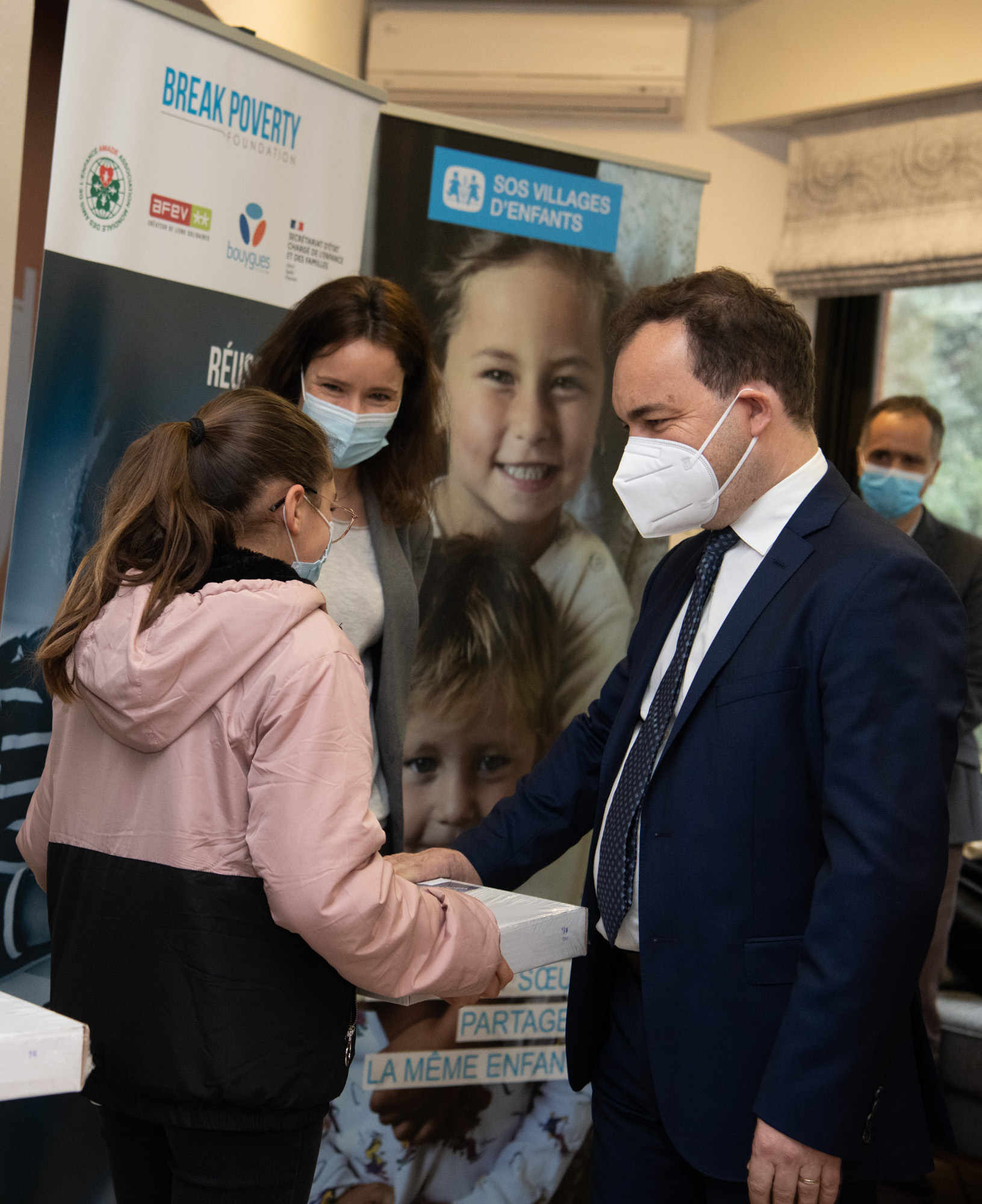 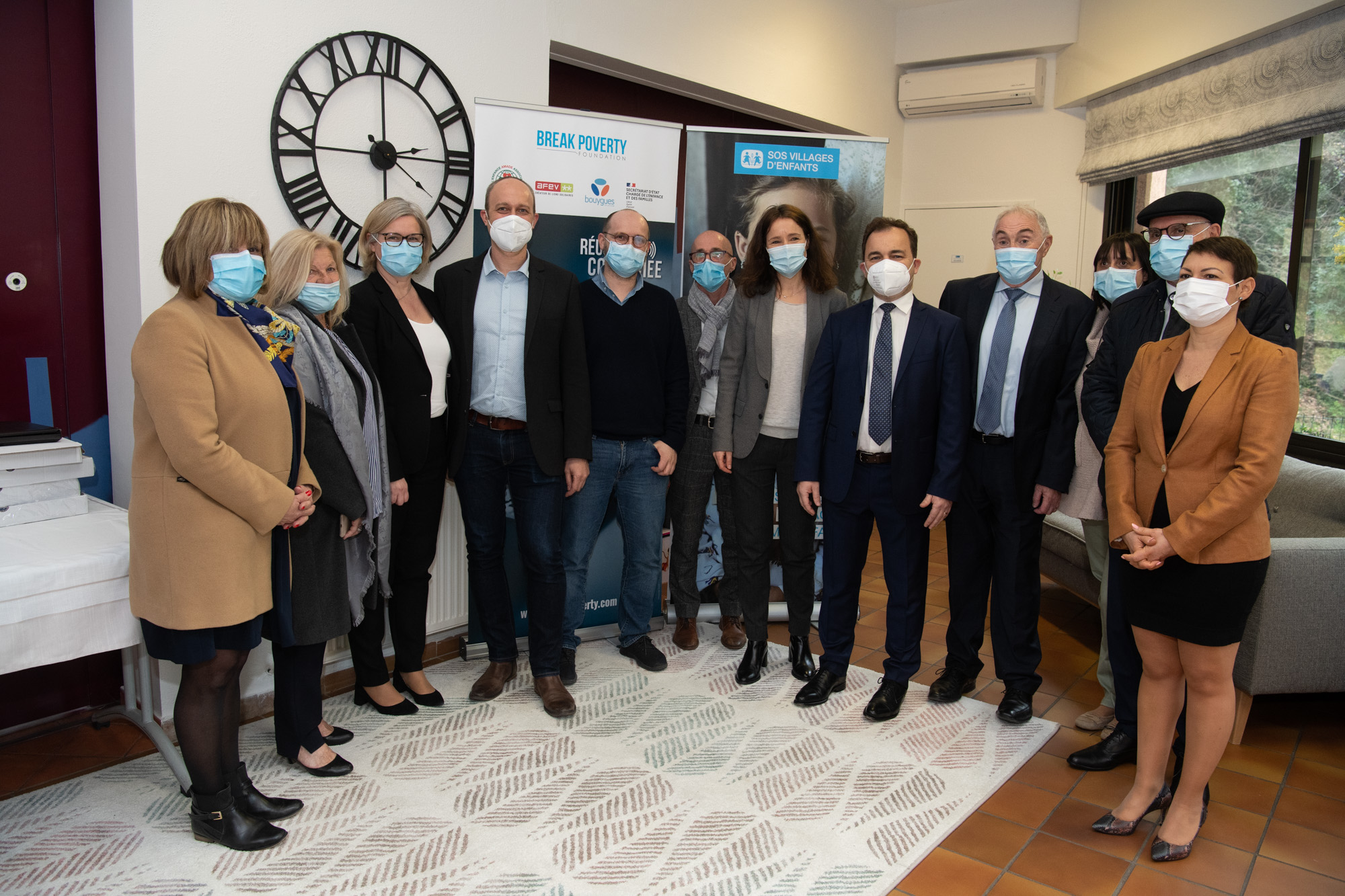 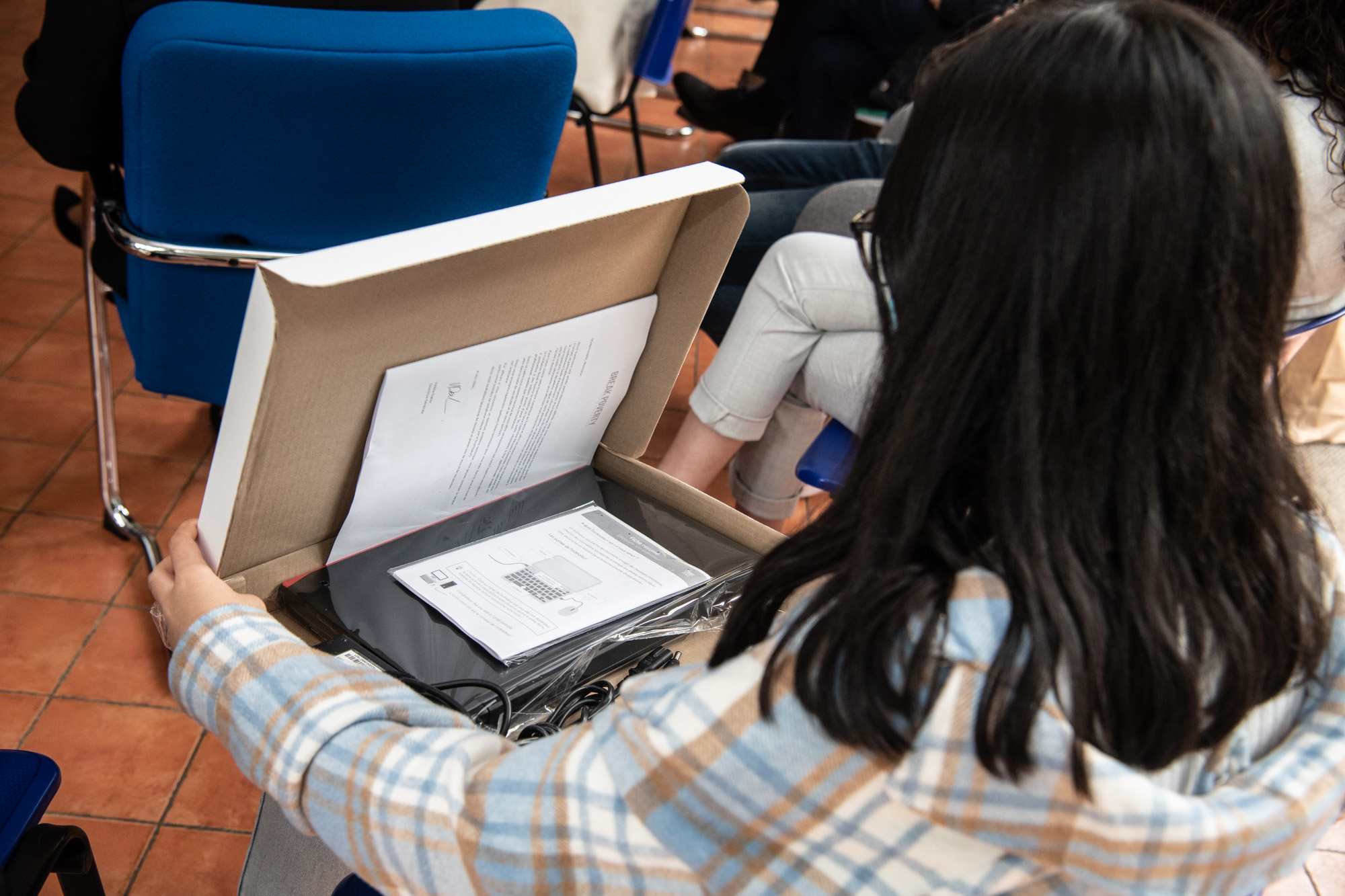 In France, more than one child out of five lives in a precarious situation and one pupil out of five is at risk of dropping out of school, especially due to the current health situation. This ratio rises to one child out of three when it comes to pupils enrolled in schools belonging to the priority education network and into vocational schools. 5% of children with disadvantaged backgrounds (around 500.000 pupils) do not have access to a computer at home and one underprivileged family out of 4 does not possess the necessary computing hardware or internet connexion to answer their children’s educational needs.

The health crisis and the first lockdown have enlightened the extent of the digital exclusion and its repercussions on academic disengagement, as nearly 970.000 underprivileged young people were deprived of an access to school.

In March 2020, AMADE joined forces with Break Poverty Foundation as part of the #Connexion d’Urgence (emergency connection) initiative. This initiative was collectively led by the French Secretary of State for Childhood and Family, Emmaüs Connect and the Mentoring Collective (group of associations working in the field of mentoring) to provide 17.000 underprivileged young people at risk of academic disengagement with computers and internet connections, through a partnership with SFR.

In the Departments of Alpes Maritimes, Alpes de Haute Provence and Var, AMADE’s support allowed 168 young people to maintain a link with their respective schools during lockdown.

Even though schools are now open, the health crisis is still a reality and many schools operate in a hybrid model alternating between in-class and online education. Many underprivileged or vulnerable pupils are thus put once again at an academic disengagement risk. The Break Poverty Foundation therefore launched a new initiative, #Réussite Connectée, on the beginning of the school year 2020-2021. Beyond allowing 5 000 additional young people to have access to a computer and an internet connection through a partnership with Bouygues Telecom, this initiative emphasizes the implementation of a mentoring program, in partnership with AFEV, which pairs each child with a mentor student to support them in their educative journey.

AMADE is aiming to support 65 vulnerable young people under the care of the Child Welfare Services in three institutions of the Alpes Maritimes Department. 16% of this Department’s population lives under the poverty line and unemployment rate reaches 14%.

Beyond the access to computing equipments and internet connections provided by Bouygues Telecom or each one of the beneficiaries, this initiative includes the implementation of mentoring duos between a beneficiary and a student. This activity will be implemented in partnership with AFEV, first educational mentoring network in France.  AMADE will take an active part in identifying mentors among its partners network and within higher education institutions in the department of Alpes Maritimes : universities, Sciences Po Menton, IPAG…

AMADE will also be monitoring the group of 233 young people supported until 2022 in order to assess and quantify the results of this initiative. These results will in turn be shared with the Break Poverty Foundation to maximize the nationwide impact of the initiative.

17.000 young people were given a computer as well as an internet connection that allowed them to maintain a link with their schools during lockdown.

In the PACA Region, AMADE supported the distribution of computers to 168 young people under the care of the French Child Welfare Services and local associations, as follows :

5.000 disadvantaged young people, including 230 in the PACA Region, will be given a computer, an internet connection as well as a personnal accompaniement through a mentoring program on the 2020-2022 period.